Where you Stay
Loving and Living. On and off the Rock. 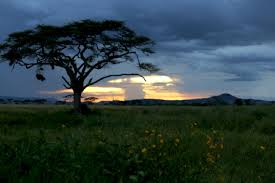 Something terrible happened to my family. The kind of thing people “can’t even imagine.”

This was one of many mantra-esque expressions which arose during the weeks after my husband’s fatal accident. It was uttered by people who meant very well, but who (understandably) wanted to distance themselves, except themselves, from tragedies such as this. These four words italicized, emboldened and underscored how exceptional our sudden loss actually was. I assumed these people had, at least once, watched the news, seen a movie, or read a book. If so, they actually would have imagined–seen in their minds’ eyes, as I had–a lot of really tragic things. The message in that seemingly benign mantra presented as:

“Your family’s situation is so bad, it’s completely unimaginable.”

“You really can’t even imagine?” I almost asked one of these kind, well-intentioned people. Instead, I said to myself, “Oh, that’s why they’re called “sympathy” cards, not “empathy” cards.”

Then I thought to myself, “It must be time for my Ativan.”

I wanted to ask those people how it felt to not be able to imagine it at all, but I never did. It’s rude to pose abstract philosophical questions over casseroles and chicken katsu, over cookies and macaroni salad, in the midst of so many flowers, embraces and  tears. Instead, I made like a jellyfish and let the tsunami of love carry me through those weeks. So much sincere kindness from people we barely knew. So many parents who, during the first weeks, sent their children to spend full days and nights in our home, to make sure my kids knew their friends were with them no matter what. Smiling, laughing, carrying on. Allaying for them–and for me–an unspoken fear bundled in the loss and grief package: the fear of being defined by tragedy. The fear of forever otherness.

That was my mantra.

The five-word emergency kit of clichés. The moment the most horrible words I’d ever heard, the exact moment the the unimaginable words made the seventeen-inch journey from the cop’s lips to my ears, to my brain, to my heart, these five words seemed to mobilize like a small, but mighty troop of Special Ops soldiers. They came in a whisper first, right after the the unimaginable words pushed themselves from my broken heart to my throat to my lips. They came just after I’d watched (in my mind, I can see the words as physical text. Black. Times New Roman.) those other words hover in the emptiness between my mouth and my children’s ears, embedding themselves in their minds and their hearts.

We’re going to be okay.

We’re going to be okay.

What other choice is there?

In the weeks and months that followed, I cried. Twice I cried hard in front of them. Once, while driving my daughter to ballet, a truck exactly like my husband’s passed us. We had just pulled out of the driveway. The driver wore a fluorescent yellow shirt exactly like my husband had worn every day to work. The driver, in fact, looked exactly like my husband. I saw my daughter turn and crane her neck as he passed. My heart couldn’t bear the moment. Those who have been through tragedy understand the feeling. The heart ruptures and you think you’re going to die. But I knew the kids would be okay as long as I was okay. So I said,

“That man looked like daddy, huh? I miss him so much.”

I didn’t find the truck or the driver, thank goodness.

Even so, definitely, “not okay.”

When I got home, I broke into tears in front of my son, who was at the table doing homework. It was something I promised myself I wouldn’t do. Promising anything while grieving is not a good idea.

Without hesitating, without looking at me in horror, without saying a word, my twelve-year-old man child got up and hugged me. That was it. He hugged me and I cried. Finally I said, “I’m sorry. I just really miss Daddy.” Then I wiped off my face (I did have the wherewithal to skip mascara. Nothing says “not okay” quite like a mascara-induced Rorschach test streaming across your face), kissed him on the forehead and made dinner.

Less than two months after my husband’s death, I had to travel to the small island of Lana’i for work. I’d first met him on Lana’i and lived there for a school year. We traveled back and forth by ferry every weekend–alternating between Maui and Lana’i–for the better part of nine months. We fell in love deeply and quickly. Nearly every inch of the island held a memory of us. I tried to fortify myself, repeating “It’s okay. It’s okay. It’s okay,” but I was terrified. I began crying the moment I arrived at the harbor in Lahaina. I managed to get through the day of meetings without breaking down, but on the return ride, as night fell, my chest began to ache. It started as a dull ache but escalated into an acutely painful stabbing sensation. I thought I was having a heart attack and tried to figure out what I would do if I needed an ambulance pick-up at the dock. Then I thought about who would call my best friend, who would then go to the house and tell the kids. Then I said (I whispered it to myself, out loud #notokay), “Get it together, Marnie. Pull it together. No dying.”

That seemed to do the trick.

Days moved by. I was in shock and, I suppose, the kids were as well. It was hard to tell. I watched and listened and even smelled for signs of distress. They seemed so fine. They didn’t want to “talk about it.” Every therapist I spoke to told me essentially the same thing, “Children are resilient. If you’re okay, they’re okay. They will follow your lead.”

So, okay…be okay and everyone will be okay.

I took them to the therapist I was seeing for my PTSD. They cried a little, which was good. On the ride back, my son asked,

My daughter chimed in, “Well, maybe if it’s like twenty bucks…” voice rising skeptically at the end.

“No!” They answered, pretty much in unison.

“We’re gonna be okay,” the eleven-year-old Goddess of Wisdom assured me.

“We’re gonna be okay,” I repeated.

Were we already okay? The word holds so much nuance and power. It’s one of very few etymologically untraceable words. Is it a even a word? Choctaw (“okey”)? Greek? French (“au quai?”) Martin Van Buren? Obediah Kelly? It must be Ativan thirty.

Days happened. I dropped the kids at school, went to work, picked them up. One of the things about “shock” is that you don’t realize you’re in it until you’re out of it. Another thing is: it sticks around a while. I can remember very little from those first months. Random bits emerge slowly from the shock bubble. Some materialize like images in a crystal ball–blurry, fleeting, non-sequential. Some pop up out of nowhere, jumpy and poorly edited, like old black-and-white movies. But most events between February and August of 2014 are gone, gone, gone.

I booked a safari for the following summer, a full year in advance. This brand of fairly rash act could fall under “okay” or “not okay,” depending on who’s doing the hashtagging.

Marnie just booked a safari in Tanzania for summer 2015. #notokay

Marnie just booked a safari in Tanzania for summer 2015. #okay

See? It depends on who’s hashing the tag.

And people were hashing some tags, I’m sure.

A single image settled itself in the front of my brain at some point and it stuck. I took it to mean something. I still take almost everything to “mean something.” (#notokay?) I am sitting on an army green folding chair, flanked by my son and my daughter. I have one arm around each of them. It’s late afternoon and, in the golden, shadowy time before dusk, we become a silent, sturdy triangle, semi-silhouetted, staring out over the vast Serengeti.

The image made me feel hopeful and warm, so I held onto it. #okay.

Can you even imagine?

Posted by Marnie Masuda-Cleveland in Uncategorized