Where you Stay
Loving and Living. On and off the Rock.

Everything I Ever Needed to Know I Learned From Shakespeare….

I’d like to say I learned it in Kindergarten, but the truth is: it’s not really that simple. 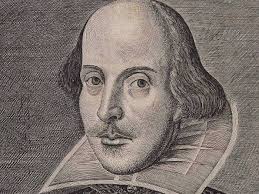 In Kindergarten, this kid named Sean Mosley grew fond of me. It was a creepy, grown-up style fond, a fondness which may have been dubbed “obsessive stalking”, had terms like that been bandied about in 1972.

Sean Mosley would sit by me on the school bus, even when I’d tell him not to, and regale me with tall tales about how he:

“Marnie, is Sean coming to your house after school today for lunch?” our teacher, Mrs. Roman once asked me. Her angled brows and the rising trill in her voice nearly screaming “this sounds fishy!”.

My five-year-old “No!”couldn’t have been more visceral, more laden with disgust, more fraught with the absolute ill-fated hopelessness of Sean Mosley’s love.

Sean stood there, smiling, undaunted, taking in stride his banishment to the “Thinking Chair” (as if HE needed more time to think!) for cooking up the “after-school liaison” story.

Another time he rolled down the bus aisle, punching and wrestling another boy, yelling

I loathed this Sean Mosley.

He didn’t even know me.

And, hello! I loved someone else.

I loved Kurt very, very much. Even though he was a first-class grump, hated the Wizard of Oz–my favorite movie of all time–called the Carpenters’ “Sing, Sing a Song” stupid and rolled his eyes while we all sang it–“La la la la la…la la la LA LA LA LAAAAAH”.

Kurt’s unapologetic curmudgeonliness made me love him even more. So much that, on the last day of school, I invited him to my 4th-of-July birthday party. I was terrified he wouldn’t come.

But he did come to my party at the park! He was my partner in the three-legged-race and we won. My prize was a pack of “Go-Fish” cards, a pack that I would never use,  instantly imbued, as it was, with beatific light, a pack which remained on my pink dresser for a year to remind me of that perfect moment when we crossed the finish-line, legs tethered, spindly arms wrapped awkwardly around each others’ shoulders.

I never saw Sean Mosley again. He wasn’t invited to the party, of course. Looking back, I feel so sad for him. He was mostly likely emulating behavior he’d seen at home, or projecting that deep, mournful longing kids feel when they know they’re not getting what they need. Now I see that.

But I didn’t learn anything about real love in Kindergarten. Zilch. You know why? Because I was five.

I had yet to watch Helena and Hermia throw down in the woods or see Juliet off herself in a cell for the schmucky Romeo. I had 23 years to go until I’d finally understand that all I really needed to know about living and loving could be found within the burgundy binding of the Riverside Shakespeare.

I had no clue–back when I was five– that romantic love was inherently narcissistic, unreliable and potentially deadly, that true love wasn’t kids stuff. It wasn’t for teenagers and it wasn’t even Romantic. True love, it turns out, goes something like this: 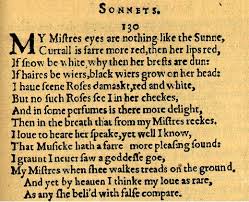 Coral is far more red than her lips’ red;

If snow be white, why then her breasts are dun;

If hairs be wires, black wires grow on her head.

I have seen  roses damasked, red and white,

But no such roses see I in her cheeks;

And in some perfume there is more delight

Than in the breath from my mistress reeks.

I love to hear her speak, yet I well know

I grant I never saw a goddess go;

My mistress, when she walks, treads on the ground.

And yet, by heaven, I think my love as rare

As any she belied with false compare.

When I got to know Shakespeare intimately, much, much later in life, I realized that his collected works not only represent the absolute apex of our insane patois of a language, but contained all the real, pragmatic advice we ever need to live an upright, moral, drama-free life.

Romeo and Juliet is not a love story. It’s not even a tale about prejudice and feuds. It’s about what happens when adults are complete fools and children mistake lust for love. It’s about why 13 year olds should totally not get married. It’s about why adults need to be steady, compassionate, smart guides for kids and quit getting caught up in immature, petty dramas which serve our own purposes. Romeo and Juliet are not in really in love. They don’t even know each other! Romeo pines for Rosaline, to whom he’d recently pledged his undying love, a mere two minutes before his eyes land on Juliet. The two of them are no better than Sean Mosley–attracted to the tragedy of doomed love. Or me–beatifying some grumpy dude who refused to “La la!!” with everyone else. 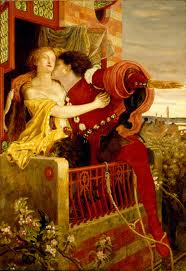 Juliet’s dad is abusive and about to marry her off to a stranger for cash. Romeo and Mercutio have a very “special” relationship. Here’s the bottom line: Marriage and true love is for real grown ups. Kids may dabble, but without the right adult guidance, they almost always end up pregnant, abandoned, in a doomed relationship or–in the best case scenario–forever tethered to something they once mistook for love. Or, in Romeo and Juliet’s case….you know….

They, and adults who behave like kids, might land a two-bit reality series, but it ain’t gonna turn out well.

I definitely didn’t get that in Kindergarten.